Swordtail Guppies
The bottom-sword guppy with a straight sword-like extension of its tail fin and a somewhat elongated dorsal fin is a fairly frequent mutant in guppy stocks.  It has not so far been produced in particularly attractive color varieties... 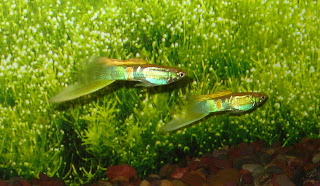 While leafing through some old guppy publications the other day the preceding statement seemed to leap out at me.  I started breeding Swordtail Guppies about 12 years after this was published.  While it is seems many established show strains have reached a pinnacle, new variation in pattern and finnage keeps popping out of breeder programs around the world.

Excluding Japan Blue (JB), the fish below are a sampling of what can be maintained within basically two combined Vienna lines with a genetic makeup that includes but is not limited to:  Grey / Gold (Blond), Emerald Green Iridescent (EGI), Vienna Emerald Green (VEG), fragmentary snakeskin genes, some additional autosomal traits such as the Z-Bar, base body color of green or purple, yellow / red  / white finnage.   Some of these fish are no doubt homozygous for certain traits.  By purposely breeding to maintain the lines in heterozygous form it allows for combinations of recessives to appear with regularity in each generation. 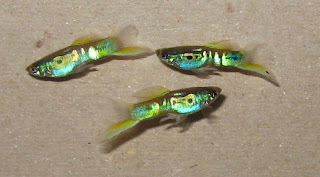 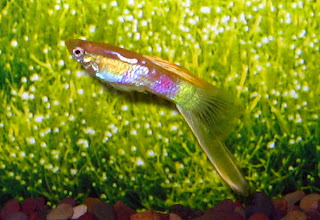 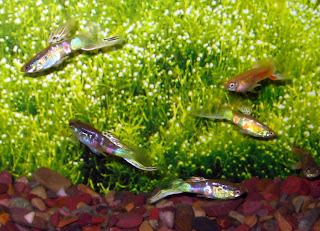 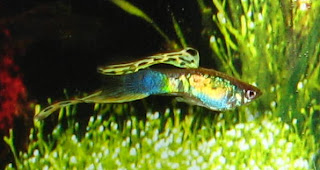 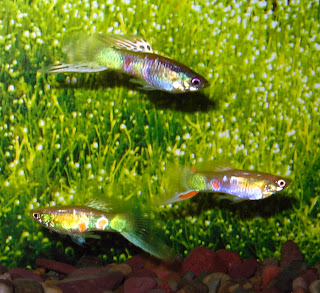 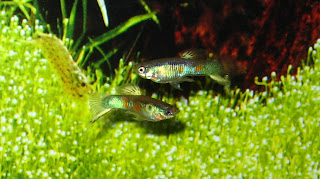 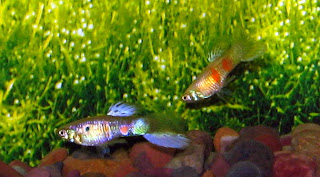 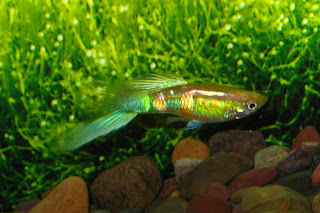 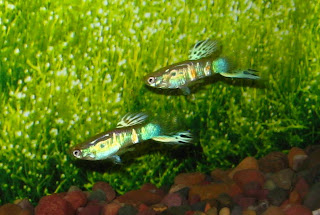 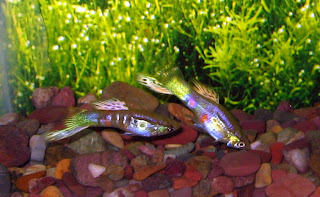 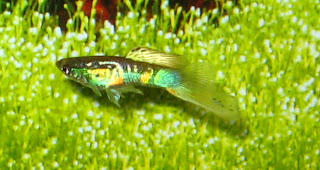 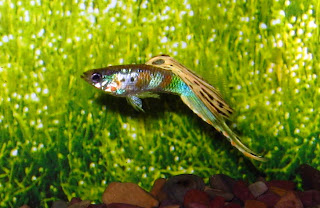 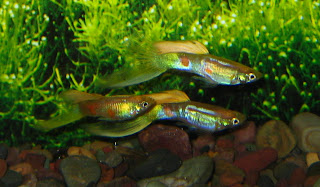 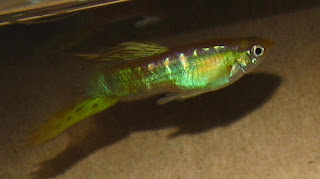 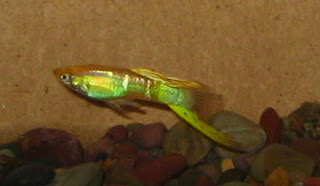 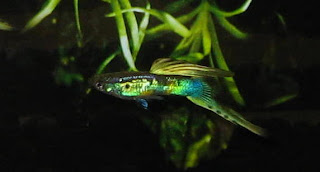 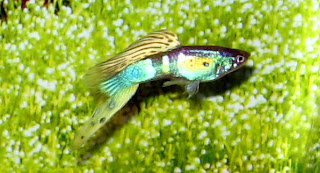 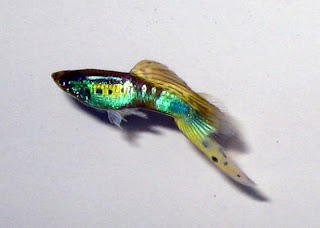 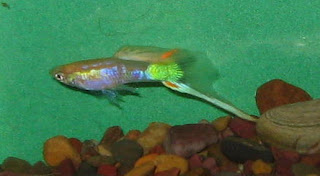 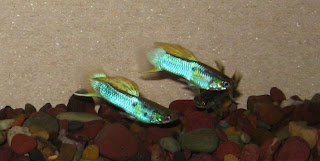 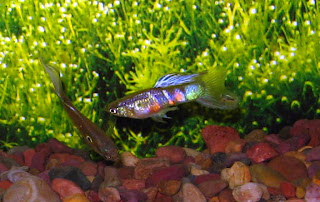 Since 1970 not only has our knowledge of guppy genetics greatly increased, but our understanding of how to manipulate it.  Thus, allowing us to create a wide array of new diverse phenotypes.