© Alan S. Bias 2014
Permission granted for nonprofit reproduction or duplication of photos and text with proper credit for learning purposes only. 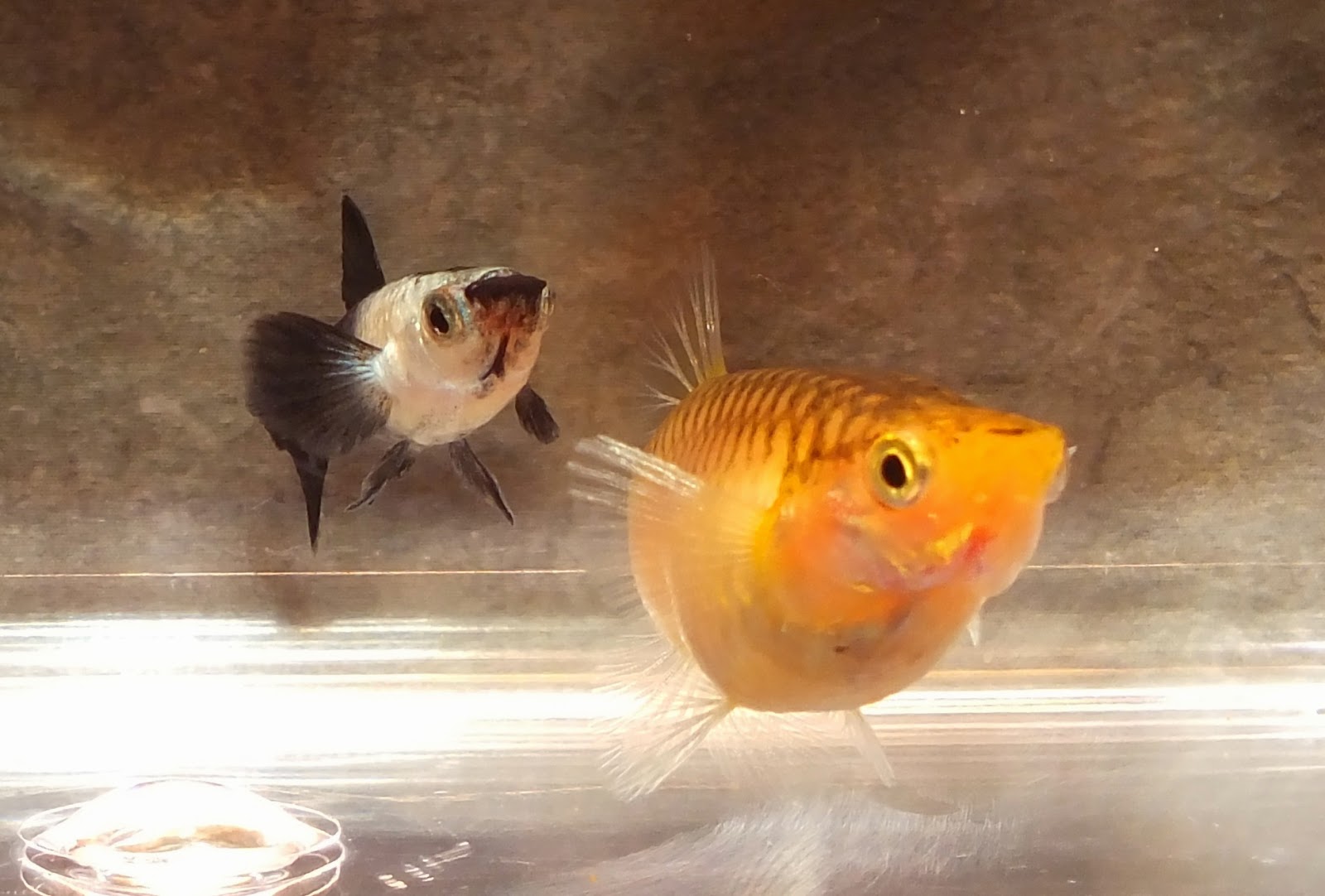 For nearly 15 years I have maintained Panda Moscow's.  My current strain being about 5 years old and of no relation to prior breeding's.  I find it much more rewarding to create my own strain vs. obtaining an existing from another breeders.  It is comprised of the basic Moscow (Mw) + Pink (Pk) traits with additional autosomal traits for Purple Body Mutation (Pb), Golden "IFGA Bronze" (gg), Blond "IFGA Gold" (bb), Metal Gold (Mg), Zebrinus (Ze) and Snakeskin Body (Ssb). 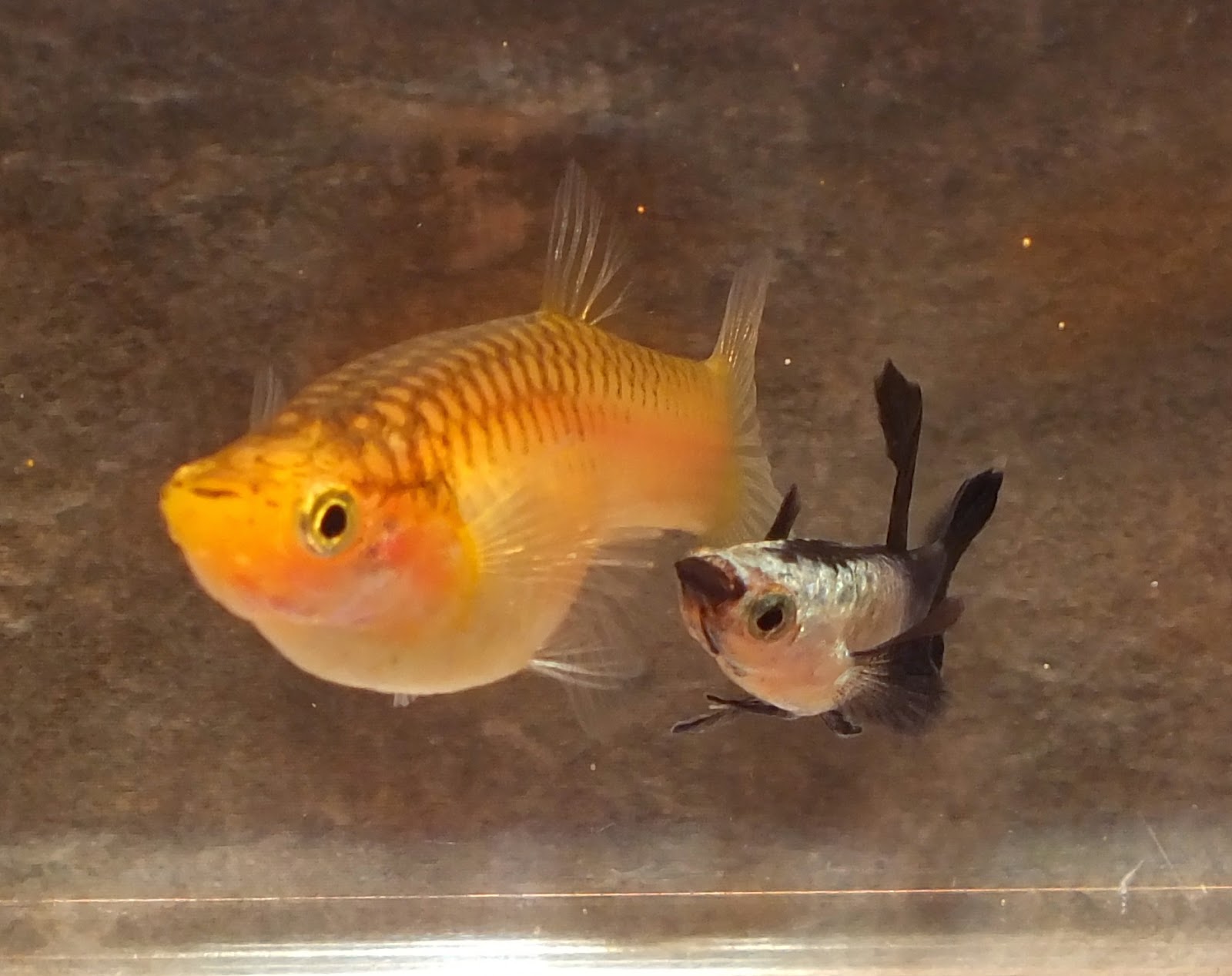 Metal Gold (Mg) in the shoulders.  Also, notice he lacks the expected black eyes and melanophore expression around his eyes. Golden Panda take the term "motile" to the extreme.  At times when flashing can appear nearly as dark and solid colored as those males lacking the trait.  With the addition of Mg they are quite reflective.  One interesting fact about golden, at least in my experience, is I have yet to produce a male that does not also express Ze or Ssb.  Yet, based on outcross, I do not believe  gg and either Ze or Ssb are linked in complex.  Upon outcross of Panda males both Y-link Ssb & Y-link Mw are always passed to F1 sons.  With homzgyous gg panda, the co-expression of gg + Ze / Ssb is most visible at the onset of sexual-maturity, but less prevalent at physical maturity when color & pattern are at their peak. 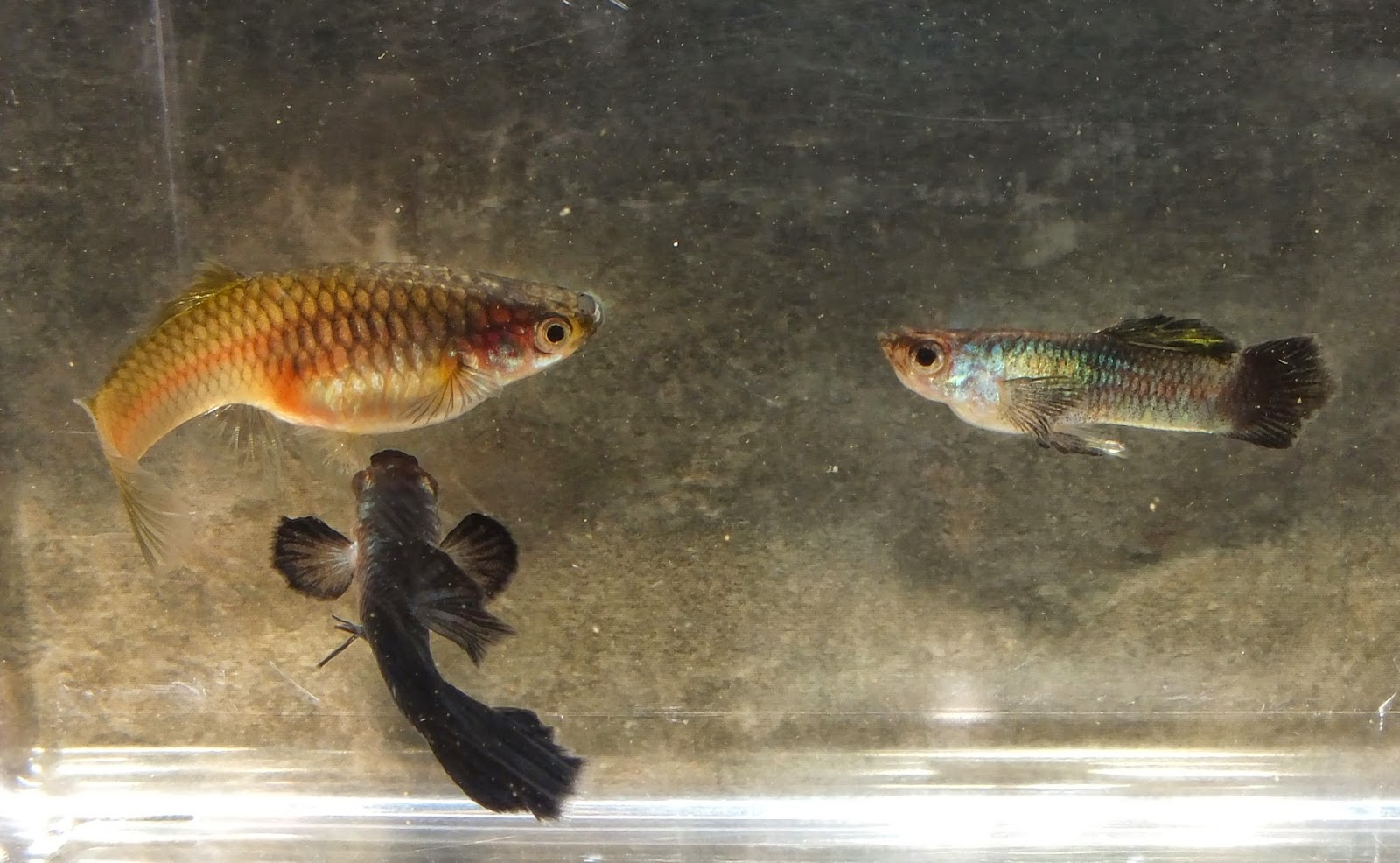 There is a direct correlation in overall appearance of Panda males based on:  1.  Additional infusion of sex-linked melanophores,  2.  Presence of  non-motile "Midnight Gene",  3. Hierarchical status of individual male(s) in the pecking order.  Like most strains, Panda Moscow, are no different in that the most dominant or several top dominant males are always the most intensely colored. 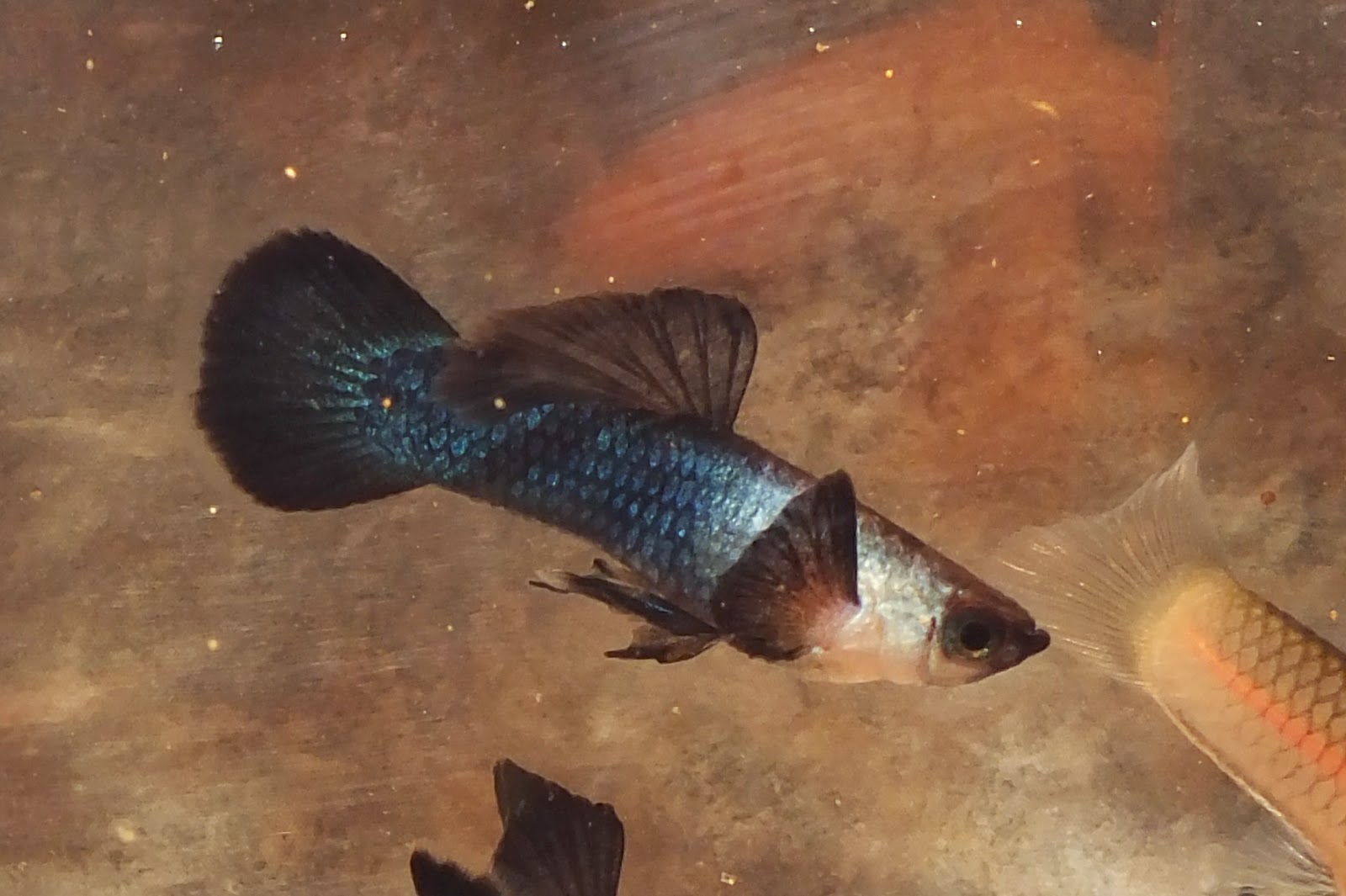 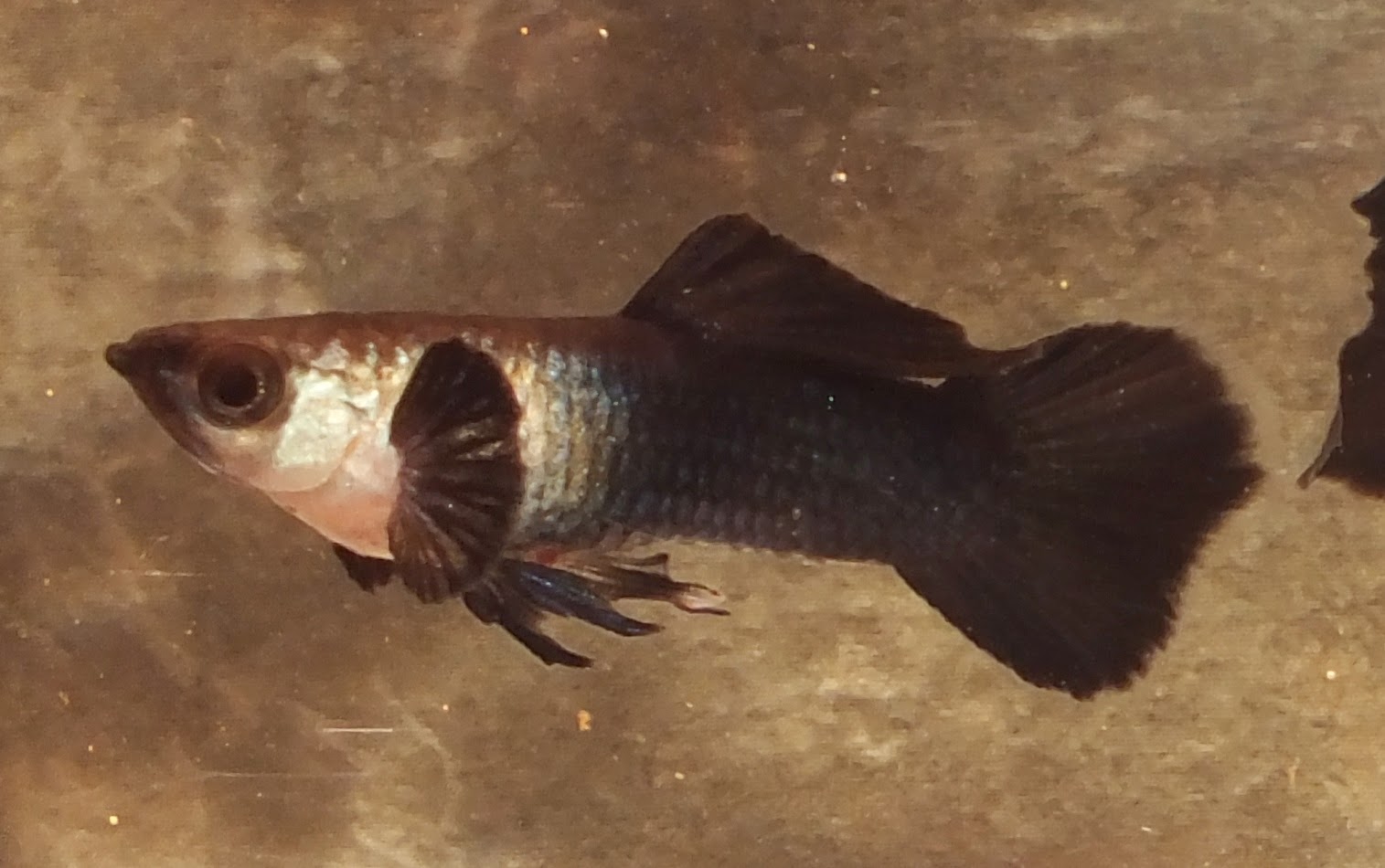 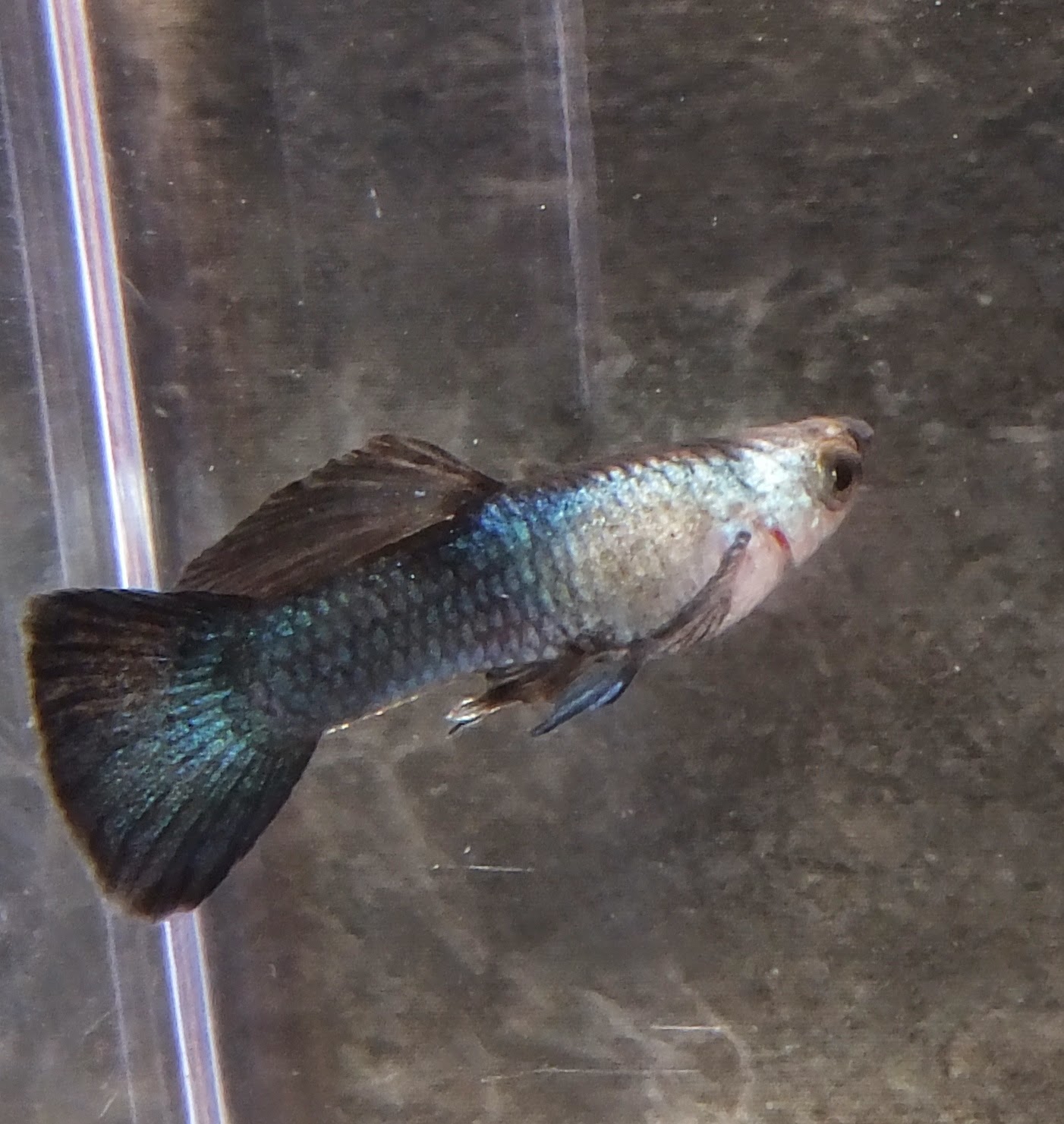 While I have always enjoyed working with Moscow genetics, one of the benefits I find in raising Panda Moscow, as compared to their delta counterparts, is the epistatic relationship between Mw and Pk resulting in roundtails.  This is easily strengthened with the addition of true roundtail genetics to perfect the caudal shape if your wish.  Lacking a large broadtail there is no fin nipping or resulting bacterial disease issues.  Males remain virile and active for a year and a half or more, similar to my perennial favorite Swordtail strains.  Like most long-lived strains, they are also much slower growing and take their time to fully mature.  So, it is often wise to refrains from selecting your breeders at too early and age. 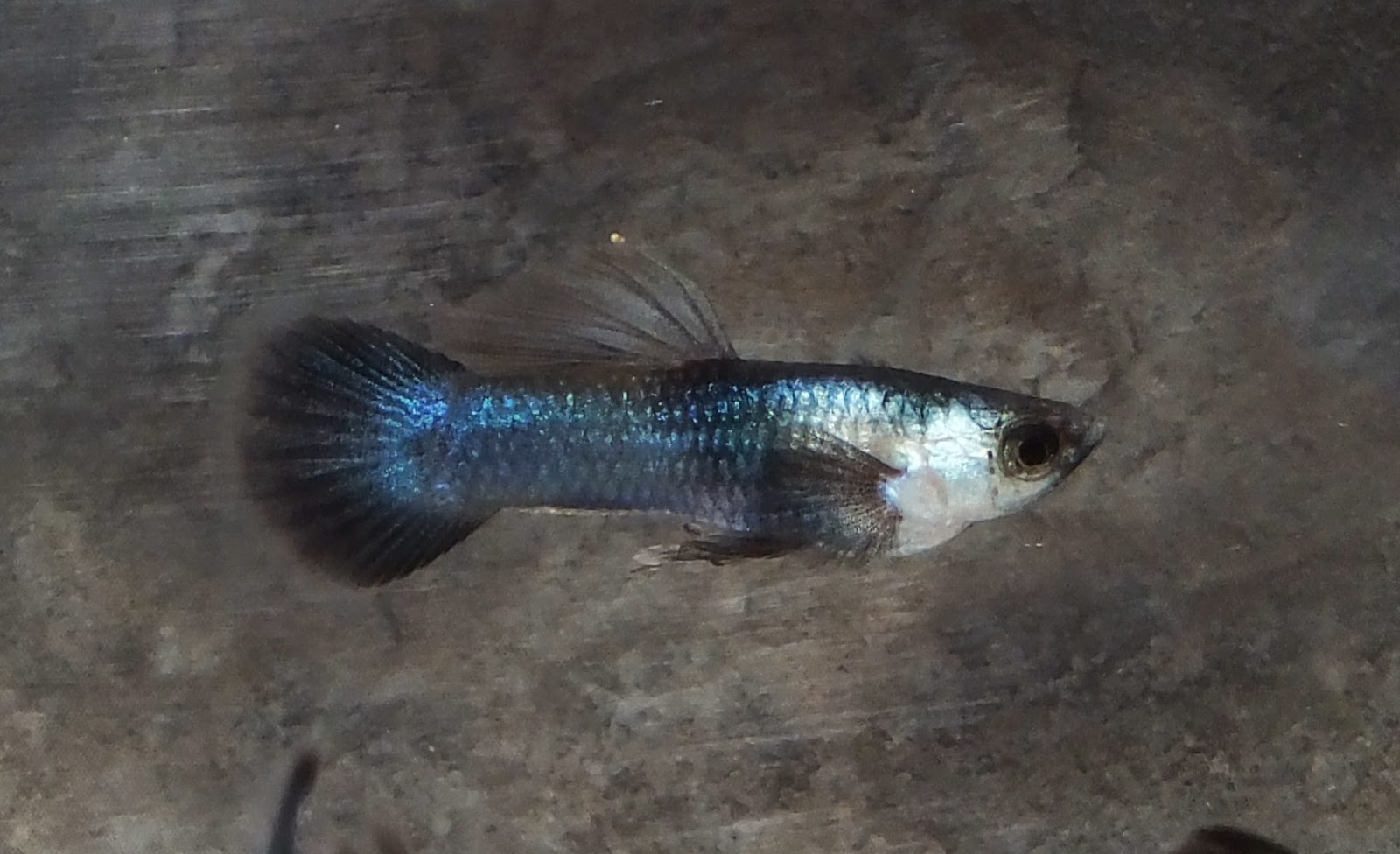 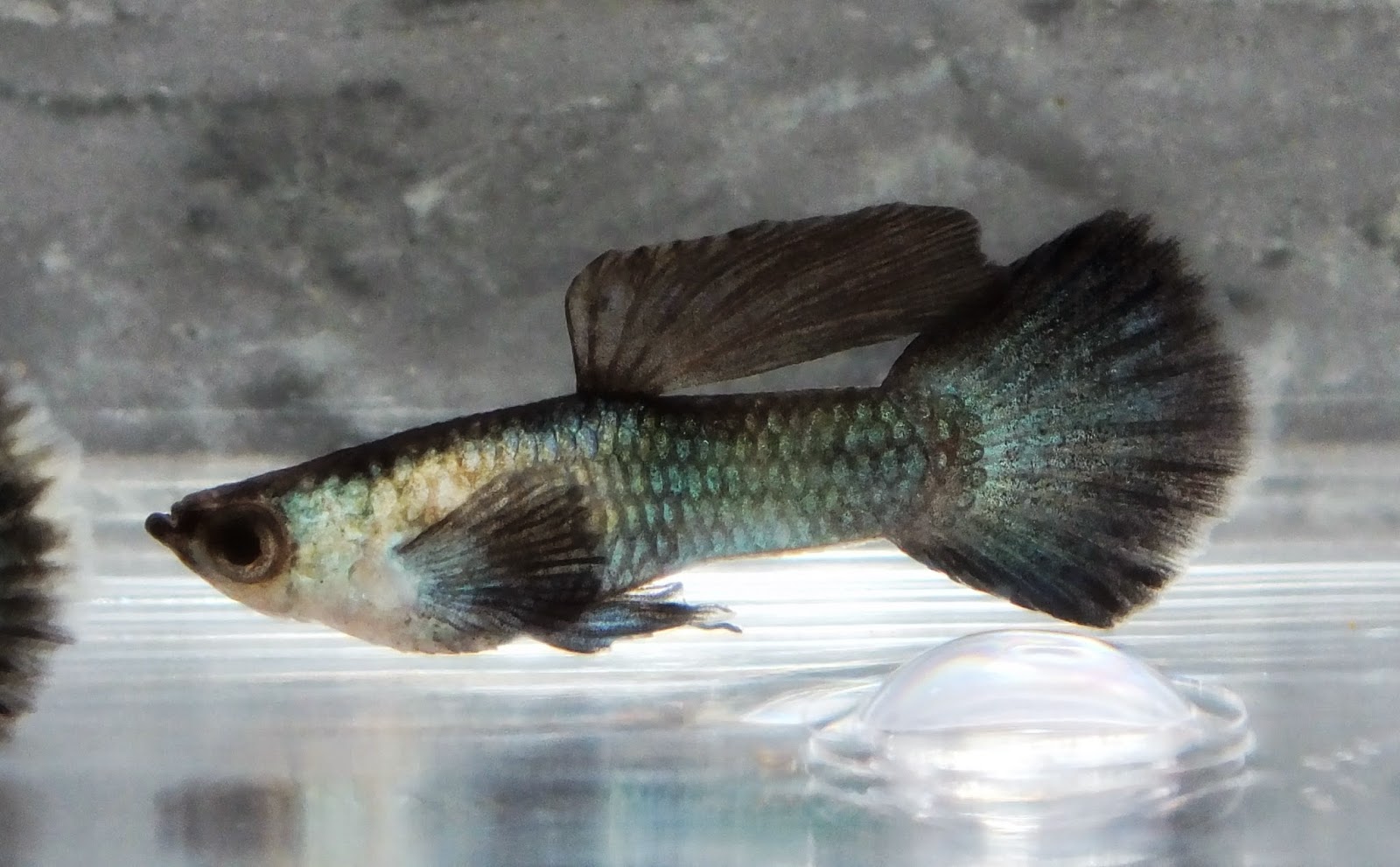 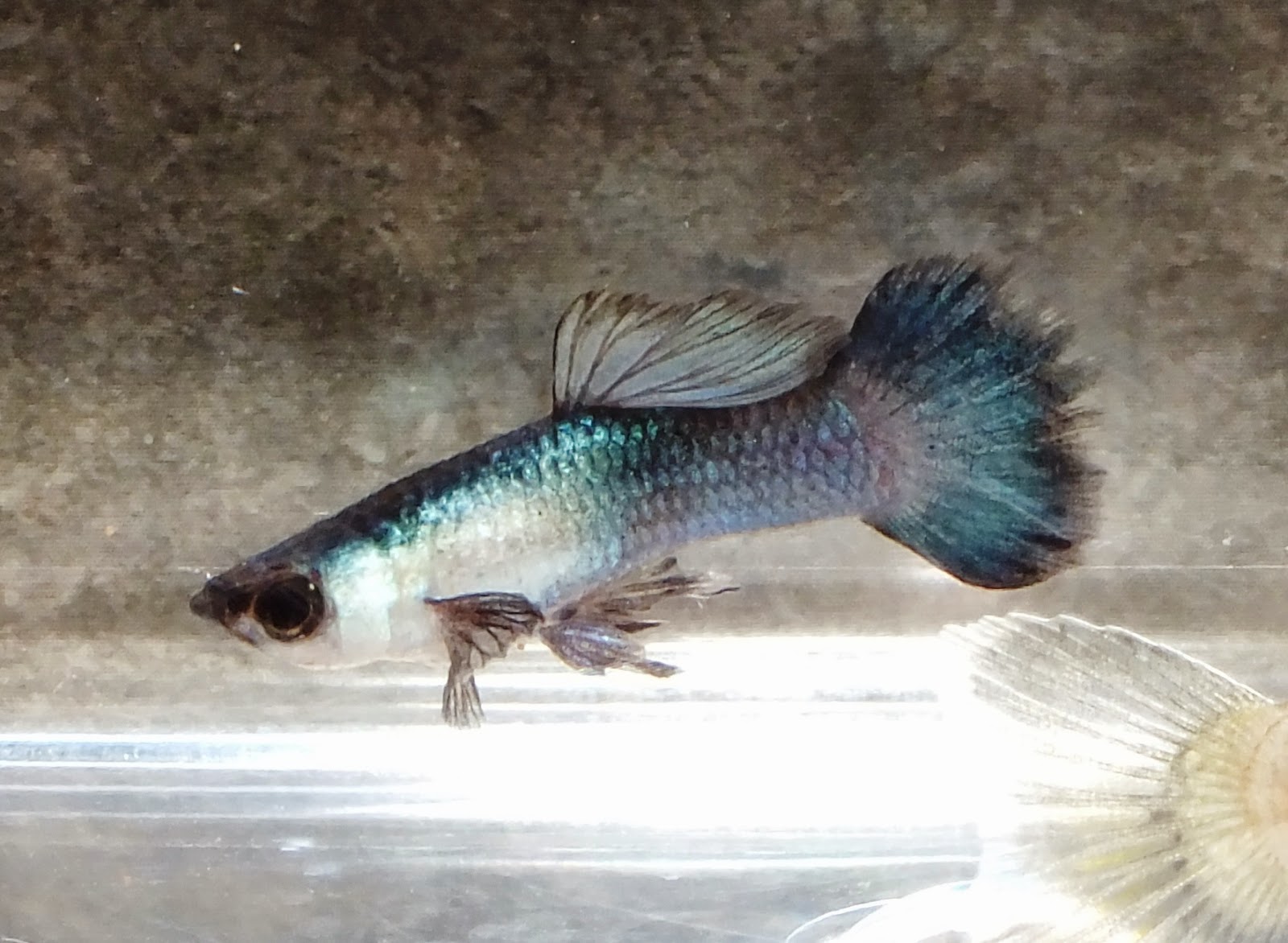 If you pay attention to the dorsal's and caudal's in the examples I have presented you will notice several configurations of each.  Like most of my strains I keep the general makeup very fluid in nature to preserve some diversity of type.  Saves alot of time and tank space that would otherwise be needed to decode the various linkages associated with each.  By taking this route I have little need in determining which traits are simply in combination with others and those which are linked in unbreakable complexes.

Next time your looking for something  a little different give often overlooked  Panda Moscow a try.

For those of you interested in learning more about the genetics of the Panda Moscow phenotype, you may wish to read:  http://swordtailguppies.blogspot.com/2012/11/a-discussion-of-pink-moscow-panda.html

Many thanks to those IFGA club members and volunteers
who donated their time  to put on 2014 shows
and make for a successful show year.