As breeders of domestic strains or captive wild populations we should be concerned with traits.  Focusing on traits will allow a breeder to conserve existing or produce unique phenotypes.

In the wild and under domestication trait selection, retention and more importantly expression are driven by multiple factors.  Including but not limited to; sexual selection, predation, food resources, size of stream or impoundment, and lighting to name a few.  Phenoytpes are in turn the result of ratios based on expressed &/or unexpressed traits as a result of linkage and dominance.  This based on number of matings, births and deaths.  Resulting in expression of colors & pattern, finnage and body type.  All based on traits.

Much emphasis by breeders and researchers is routinely placed on creation of names for specific genes or mutations that produce phenotype, instead of identification of the driving traits.  Those found in unlinked combination or locked in linked complex to express phenotype.  Individual traits can be limited to a variant, isolated populations, specific members of a mixed population, or a particular locale.

Many traits are conserved across species. All traits found in wild guppies can easily cross defined lines of demarcation given the right circumstances and be bred back to type or used to produce new phenotype.  Traits are not limited to body, finnage, color and pattern.  They also impact longevity, aggression, size, hardiness, and fecundity.  Rare or unexpressed traits found in wild genotype can hinder survival under natural conditions.  Positive selection for any particular trait will have negative impact on another.  The result is often not physically visible.  You cannot add to one area without taking away from another.  There is an old saying in livestock breeding;  you start with 100% and you end with 100%.  All we do as breeders is reshuffle the deck. 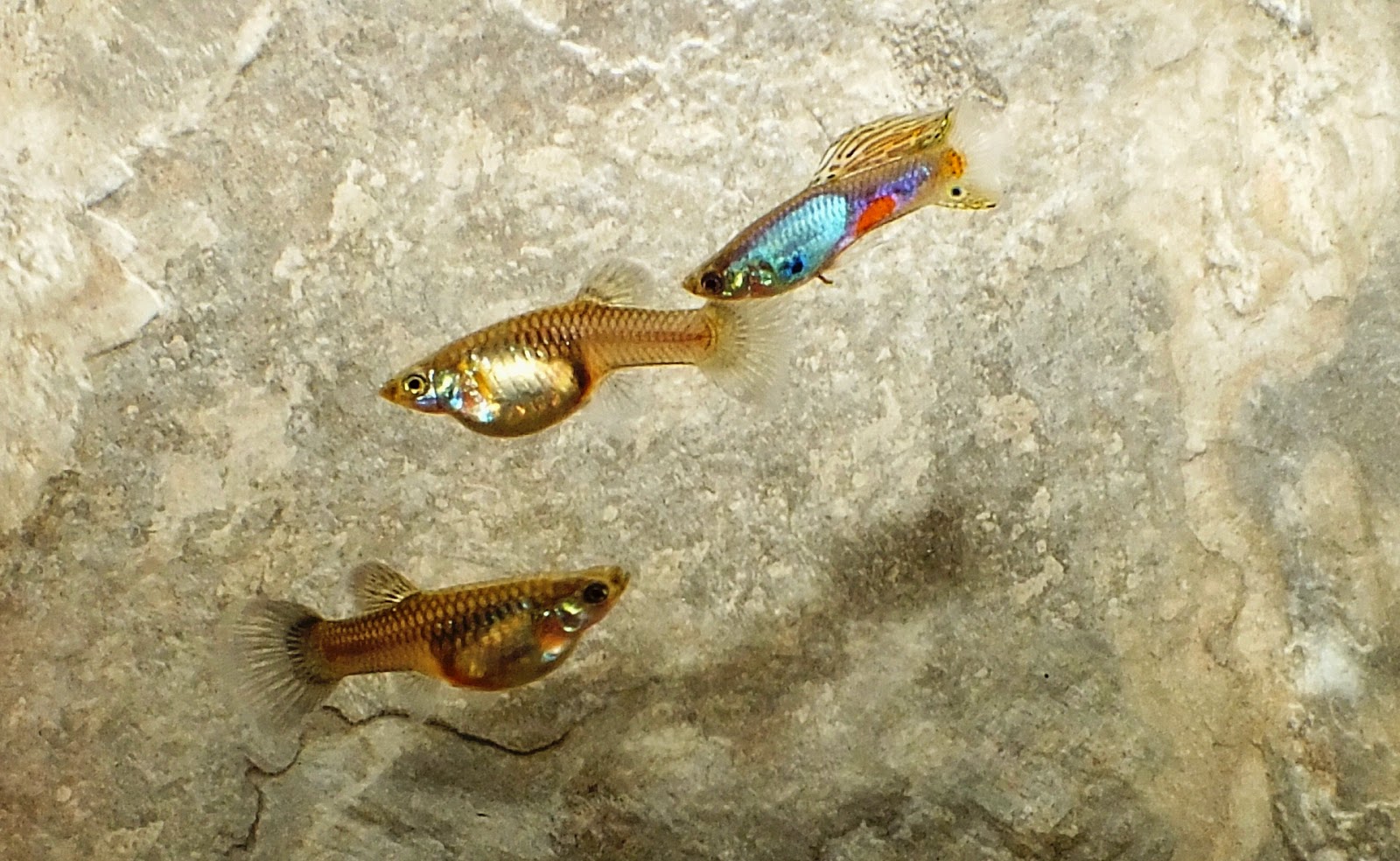 Under domestication we have the luxury of producing unique phenotypes based on traits in a controlled environment.  Domestic Guppies are a composite of variants and their genotype.  They are the result of identification and combinations of specific, and often rare or unexpressed traits in unnatural combinations.


While the maintenance of captive wild populations or unique domestic strains should be of primary emphasis to breeders, it should not be an encumbrance.  You can easily view the stocks within your fishroom and fellow breeders as gene banks.  A collection of traits for infusion into your stocks when needed.  Knowledge of genetic traits in turn will allow you to breed back to type or create new.