The Never Ending Endler debate; A species or not?

The Never Ending Endler debate;  A species or not? 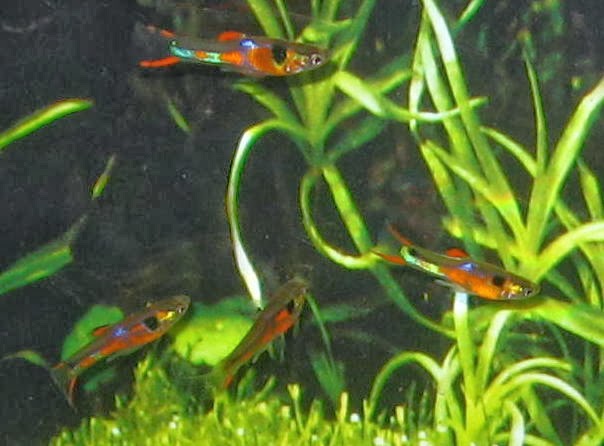 I have just finished reading “Klee (2013), Endler’s Guppy:  A Species Or Not A Species?” for the third, or is it fourth time?  This in conjunction with quick re-reads of several publications by Breden, Poeser and Schories.  While Klee does not come forth in outright “support” of Schories (2009) & Poeser (2005) in proclaiming P. wingei a distinct species, it seems he is leaning in that direction.

The author does a well in laying out the processes used in naming a new species.  Even more so in explaining the various scientific schools of thought, technology and terminology quoted for reader understanding.  In the end he wisely shy’s away from proclaiming P. wingei a distinct species citing lack of current consensus among scientists themselves.  What other option did he have?

It seems modern technology will further create schism between the divergent schools of thought found within the scientific community for some time to come.  Traditional criteria for classification of variant populations as new species within a genus are being ignored in favor of micro classifications under the auspices of cryptic species complex.  In the past it was often considered paramount speciation be set at the largest group capable of viable reproduction.  Localized differences identified as sub-species.  Should science allow this to fall by the wayside?

Likely the most problematic criteria being used to define new species within a phylogenic tree is mitochondrial DNA (mtDNA).  While there is little doubt that the use of molecular genetics to create phylogenetic trees is of long-term value in showing relationship, can mtDNA alone be used to define a species and signify cryptic speciation?  The primary argument most seen being mutation within maternally passed mtDNA is less frequent than DNA  and is confined for the most part within itself through self-replication.  Thus, mtDNA is more static in nature as compared to DNA, and less subject to “pollutants” from various sources.

Phylogenetic result in itself is often a very “assumptive” process.  When results are postulated solely from single sided mtDNA evidence, it would seem a large part of the story is being ignored.  Many ancient native cultures around the world are based on maternal lineage.    Domestic livestock breeding is often tracked within maternal family groups in a breed.  While concentrating mtDNA, neither situation results in rash proclamation of new species, only sub-populations and breeds.  Maternal lineages are noted for directing speciation in the wild through sexual selection and preference.  Without morphological differences and a loss of viability between populations stemming from a common ancestral lineage, I have a hard time viewing maternal lineages as anything greater than family groups and sub-populations found within the greater population.

In the end this leaves breeders with the same dilemma Klee presents in summary; Science cannot reach consensus on P. reticulate wingei as a variant population or species.  So, why should we as breeders be overly worried about speciation status between variant guppy populations in the process of incipient speciation?  Personally, I see no reason.  As breeders our efforts should be focused on identification and retention of phenotypic traits from any of the three Guppy variants for incorporation into strains of Domestic Guppies.

Consider asking a knowledgeable breeder for help
in identifying a unique trait you just observed
in your strain before culling.  Never know,
it might just be the newest mutation in the world of Guppies.