© Alan S. Bias
Permission granted for nonprofit reproduction or duplication of photos and text with proper credit for learning purposes only.

You should view a strain as a collection of genetic traits in a long-term breeding project with a set specific result.  In general a breeding strain can be defined as a related group of genetics that breed true for desired traits.  This result can be as simple as a grey bodied Half Black Red Delta tail guppy. Breeding lines within this strain can be selected and maintained for various individual traits dealing with; size, longevity, pattern, color density / intensity, dorsal / caudal shape, fecundity to name a few.  In established practice found within the strain are multiple breeding lines for short term breeding projects which focus on maintenance, improvement or incorporation of additional genetic traits through out-cross.

But what happens when you seek to broaden your personal definition of a strain by the addition of additional sex-link or autosomal traits?  Does this in turn dictate the need for maintenance of isolated breeding lines or creation of new independent strains?  Show stanadards and personal preference aside, if you visit or follow enough breeding programs of successful breeders one thing becomes apparent.  That being, they tend to work with compatible traits.  Traits that can be used across strains allowing a breeder to "outcross from within" their own breeding's.

This is a common concept across breeds in all forms of pedigree livestock breeding.  Often the primary limitation being the size of your breeding program; or more accurately the total number of like individuals you maintain within your breeding program.  It is not uncommon for larger breeding programs to remain "closed" for many generations.  They have the population numbers to do so, or work closely with others having similar goals as "co-operator" breeding programs.  The rare exception of addition of outside genetics only arising when:  1.  A desired trait cannot be identified within your stocks,  2.  Outside addition will speed up desired results,  3.  Level of in-breeding co-efficient has reached a point to be of concern, as evidenced by a reduction in performance.

In my own breeding program the addition of outside genetics rarely occurs, and is limited to addition of traits not already found from within.  For each fixed strain, I generally maintain only two breeding lines. The first consists of a blond * blond breeding and the second a grey * blond/grey breeding.  This should not be taken to mean I only retain offspring from two breeding's per linear generation. As is often the case I set up multiple breeding groups of each line per generation at 3-5 months of age.  As the individuals mature continued culling will further identify those fish that truly excel in specific traits.  Depending upon the breeding group I may retain fry only from initial drops if breeder development is marginal, and prefer to retain litters from those that excel for as long as the breeding groups remains intact.

Individuals that excel are often removed from a particular breeding group and used in back-cross to F1/F2/F3 sons and daughters.  They may even be bred to F1/F2/F3 nieces and nephews.  The thing to keep in mind is that in all instances, the results of these breeding's are simply considered "breeding lines within the parent strain." 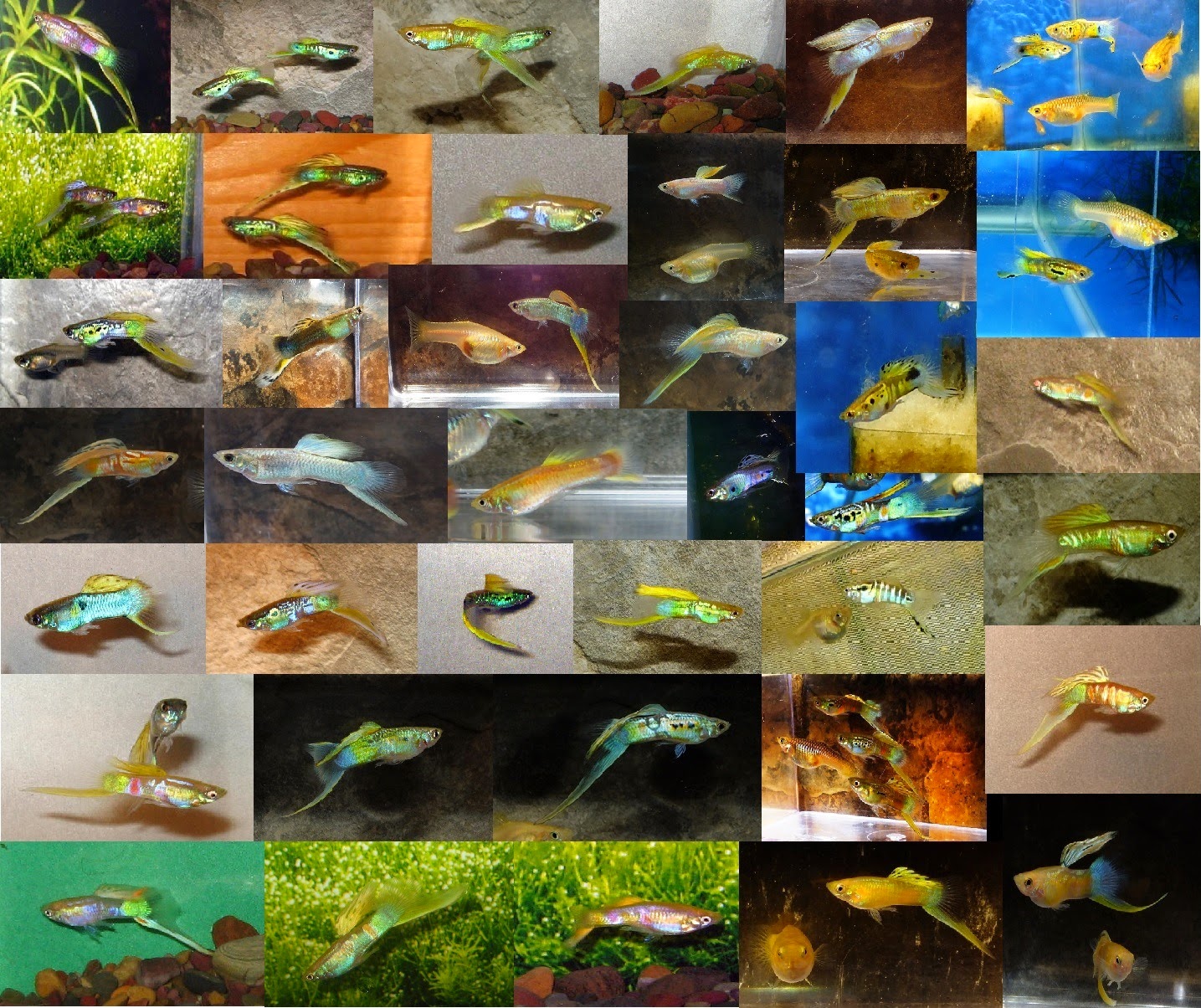 In general, my breeding records are very simplistic and would be considered non-existent by some breeders standards.  I breed by eye and base my selection near exclusively on observations of current individuals being considered for progression of the strain and knowledge of individual sex-link, autosomal and other heritable traits.  I record unique or specific traits  in sires or dams selected for breeding.  Finding that I rarely, if ever, reference recorded records.  The exception being when I am trying to fix or analyze a trait based on ratios.  Generally, the tag on my tanks is identical to what is recorded in my log.  In example:  558 LS A F3 12.14.14 (litter #, strain, line, generation, date of birth).  This allows me to backtrack successes and failures with minimal effort and little time keeping records.

So herein lies my personal dilemma.  One that has been on my mind for over a year.  For the past 5 years I have been maintaining my Bias Vienna Lowersword strain in two distinct breedings.  Not quite two distinct strains, but more akin to "Super Lines" within the strain. Strain 1** consisting of the genetic base I started 15 years ago while still in Montana.  After relocating to West Virginia six years ago, Strain 1 was restarted from a single female and several males re-obtained from Virginia breeder Gabriel Niculesu.  Having had sent Gabriel a box of fish just before moving. Strain 2 consisting of a blended genetic base of Strain 1 and stocks of my late Swordtail breeder friend Dick Johnson.  The basis of Strain 2 was created and obtained from my late Swordtail breeder friend Tom Harrell, also when I relocated 6 years ago.  Pass your stocks around, you never know when you will need them back...

The red sex-link is easy to select against as males Y-link for red  and X-link for yellow are orange.  However, being color-tail neutral, when females posses a single X-link for red they remain hidden in the breeding pool. The latter is very hard to irradiate in a breeding program based on propagation of yellow finnage.  So, in the end I decided to maintain both gene pools as distinct entities; Strains 1 & 2.

After five years both strains have nearly identical potential in phenotypical output, less the occasional orange dorsal in males.  This in part as I have been incorporating additional outside traits into each strain and making similar selections for existing traits.  End result? Two strains of near identical capabilities, each with individual strengths and weaknesses, taking up 60+ tanks.  Both strains were so convergent, I was beginning to spend more time and resources trying to maintain the two strains verses making improvements to either.

So this morning after water changes I accomplished in quick order what I had been procrastinating about for over a year.  I drew a line in my notebook and made a note stating,  "Ceased Concept of Strain 1 and Strain 2 12.14.14."  A hard choice to make, but easy to act upon once made.  Old labels came off the tanks, and were replaced with new only indicating breeding line A or B.  In the long-term it will allow me to concentrate on a single strain based solely on observation and breeding results, not dual maintenance and retention of often inferior results in one or the other strain.  In the short-term it allowed for the immediate culling of inferior individuals, elimination or combing of duplicate existing breeding groups.

Going forward, my Lowersword strain will again mimic that of my other Doublesword and Topsword strains.  Now it is a matter of only tracking multiple Line A blond * blond and Line B grey * grey/blond breeding's.  Selection and retention can again be based on observation and results.  In my case the breeding of two similar strains had become redundant.  To the point of becoming detrimental to both strains...

Keep your records simple and concise.  Record inputs for selection of traits found in your sires and dams.  When possible avoid breeding "paper fish", instead base your culling and breeding's on observation and results.  Unless you are working with a new trait and require concise ratios, you may find it serves little purpose in recording every minute detail...