Still plenty of time.  Quit procrastinating.  Box and ship some entries.  I packed mine at 5:00 a.m. this morning! 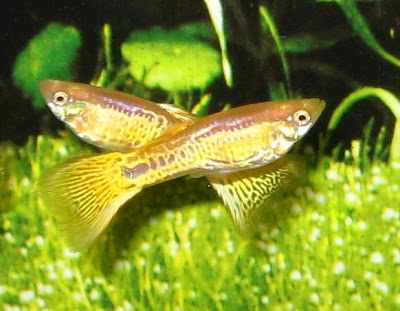 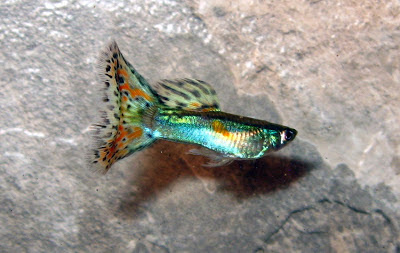 PPGA - Sponsoring class for "Any Other Caudal Shape" in upcoming show...

What are the responsibilities of a Breed Association?  In attempt to answer the question first we must define the components.


1. A group of organisms having common ancestors and certain distinguishable characteristics, especially a group within a species developed by artificial selection and maintained by controlled propagation6.


a. To cause to reproduce, especially by controlled mating and selection: breed cattle.


b. To develop new or improved strains in (organisms), chiefly through controlled mating and selection of offspring for desirable traits6.


1. A person who breeds animals or plants.


2. An animal kept to produce offspring6.


1. The act of associating or the state of being associated.


2. An organized body of people who have an interest, activity, or purpose in common; a society6.

A Breed Association traditionally focuses its efforts around a very well defined domestic animal originating from a single species of animal or combination.  As part of functions a well written definition of the breed and any recognized sub-classifications for color, shape, pattern, or other traits is fostered;  The Breed Standard.  A Breed Standard is intended to be rigid.  It is what helps protect the stability of the desired traits within a breed.   Yet, on occasion needs will arise that allow for later reinterpretation of traits based on; current breeder interests, economics or genetic stability.

Additional association tasks may include, but are not limited to recording of association activities, to include pedigrees, show results, financials, officers, and historical reference.  Many progressive breed associations regularly contribute funding for research related to breed of choice.  An often indirect result is a place for breeders to associate in company of like kind and disseminate not only stock, but discuss success and failure from respective breeding programs.

Worldwide there are numerous organizations dedicated to the breeding of Guppies on both national and regional levels.   In the United States this responsibility falls under the auspices of the International  Fancy Guppy Association (IFGA) 7.   In the world of livestock breeding the IFGA, along with others guppy organizations, is a bit “unique” in the sense it was primarily organized for the benefit of promotion and showing the end results of North American Guppy Breeders.

Unique in the sense of its two primary stated Purposes:  1.  To promote interest in, and scientific knowledge about guppies; 2. To promote interest in guppies through exhibition and the distribution of information.  For most breed associations are initially set up around activities of livestock breeders with an underlying need for economic success in farming a breed; based on value of selected traits to a location.  While showing of stock is often an indirect by-product of such ventures, it is outright prohibited by several breed associations.  This, in attempt to limit or negate show ring influences on desired traits and the stated Breed Standard.  In effect, it is thought successful breeders utilizing traditional breeding techniques to produce a sound breeding program are more favorable to the opinion of one individual, i.e. “The Judge”, on any given day.


The Domestic Guppy, and its breeding, has been based on just the opposite with form selected for “aesthetic” values and not economically driven influences.  Breeding and showing for much of the last century has both involved and evolved almost exclusively from a single species;  Poecilia Reticulata.  In North America to near totality in the form of Delta tails, with minor emphasis on Veils and Swordtails.  In other parts of the world Swortails, Roundtails, Speartails, Broadtails, Half Moons, Hi-fins, Swallows and a host of other phenotypes stand on equal footing.

While slow to respond in North America, worldwide over the last decade the Show Circuit has also started to incorporate two additional species of guppy; Poecilia (Acanthophacelus) Obscura and Poecilia Wingei8.  Given, there are “purest” breeders of all three species in wild form.  Though, it should be accepted that in the venues of guppy domestication all three species are involved in strain creation.  Coupled with modern breeders increased knowledge of genotype and accessibility to published result, it has allowed for production of an ever expanding number of new strains not only for color, but pattern and shape.

The IFGA is often thought of as being encumbered by one of its primary stated objectives:  The IFGA shall schedule, sanction and standardize show rules and classifications.  On the contrary as this is a primary obligation of any breed organization, to create Breed Standards.  It creates a sense of balance from stability of traits and allows for “fair place” judging at shows with limited confrontation.  However, the IFGA also has the obligation to allow for changing times in the form of breeder interests and genetic knowledge.  After all we are not bound by economic success as are most other breed associations, only genetic preservation of traits.

This summer one of the IFGA’s premier regional affiliates:  The Pan Pacific Guppy Association (PPGA) will sponsor a class for “Other Caudal Shapes” in its August Show.

Here is a chance for North American breeders to exhibit results of their “Non-conforming strains”.  This should be viewed as a chance to promote Domestic Guppy programs with “Set Goals” that produce predictable results and not simply random events (hybrid crosses).  It will be a NON-POINT CLASS having no impact on regular established classes and yearly awards.  No sense of obligation to show at every show to accumulate points toward a class championship.  Your opportunity to exhibit an outstanding fish with no home in an established class.  A trophy will be awarded as with all other entries.

The Any Other Caudal Shape class has been defined by Jim Alderson of the PPGA as:  For fish that do not meet the standards of any IFGA class (examples of fish that could be entered in this class include round tails, cofer tails, pintails, wide tails, lyretails, etc.). The fish will be judged based upon Symmetry1, Deportment2, Color Pattern3, Density of Color4 and Intensity of Color5.

For those of you with limited experience showing, this need not be an expensive or intimidating venture.   It can be done for 15.00 or less.  Simply double bag your fish, download an entry form and label accordingly.  Entries will likely be 2.50 each and shipping can be had for 10.00 or less with USPS priority mail each way.  This best part being the postal service will even provide the box.  Want to make it even cheaper?  Send an extra female and check mark the box for “Auction” to make a club donation of your stock.  No insulation is needed this time of year, though a layer of bubble wrap can help insure no punctures during transit.  Give it try.  Sure beats culling your mature fish simply to make room for the next generation upcoming fry.

Simple by definition, the “Other Caudal Shapes” class should allow for a fair judging of fish that go beyond normal IFGA scope and definition, yet with consideration toward the IFGA’s values in creation of healthy, colorful and well developed Domestic Guppies.  Initial focus will not only be on the breeders and their entries, but also the Judges.  This will be a good test of IFGA Judges knowledge of other strains found around the world and the genetic traits that compose them.  Also the ability and willingness to accept new strains for accomplishments of breeders intended goals.  After all, was this not what original IFGA classes were based on nearly 50 years ago?  The desire to create specific phenotype based on then current genetic understanding…


1.       Symmetry; the overall pleasing appearance of a fish with the proper proportions and color balance.


3.       Color Pattern; dorsal color should always be the same as the caudal.  Half black clearly defined line from below the dorsal fin to the bottom of the body.  Snakeskin unbroken chain link or rosette pattern with background body color same as the caudal.